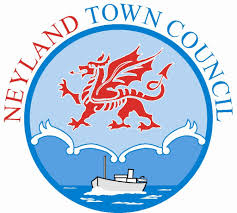 The Agreement will see Neyland Town Council provide up to £300,000 in funding towards the scheme and move in once the facility is complete.

Neyland Town Councils contribution will be made up of savings from the disposal of their building (rates, heating, lighting etc) as well as the proceeds from the sale of the council office building itself in High Street in Neyland.

The signing of this agreement marks a big step forward in the development of the project. An initial application has been submitted to BIG Lottery. We expect a decision on the outline stage in July 2015.

NEYLAND Town Council has set the ball rolling on ambitious plans to develop the town’s athletic club into a £1.5million community centre.

At a special meeting on Thursday (April 9), councillors voted by narrow majority to go into partnership with Neyland Community Interest Company (CIC) on its plans to transform the athletic club into a contemporary facility the whole town can use.

The plans, which have been years in the pipeline, will see the council sell its High Street office, and put the money into the new club, where it will have a purpose built office, and access to a regular meeting room.

Despite the majority of members voting in favour of the plans, several members continued to express reservations about investing council money in a new centre.

Councillor Hillary Richards said she was in favour of improving facilities at the club, but felt the council should ‘stay on its own and not get involved.

But Mayor Cllr Simon Hancock said it had been made ‘abundantly clear’ that without town council support the plan would not go ahead.

“How on earth are we going to convince other funders to come on board if the town council won’t put its money where its mouth is?” he asked, adding: “Our support will make or break this project.”

Cllr Brian Phelan did not take part in the vote.

Local county councillor Paul Miller, who has been leading the project, said he was “delighted” with the outcome.

“This has been on the cards for a long time but now we’ve got a real chance at driving forward a new vision for Neyland, a project that will benefit the whole town,” he said.

I’ve heard the Council are looking to close the Library. Is that right? No. There is not a proposal being made to close Neyland Library....read more →